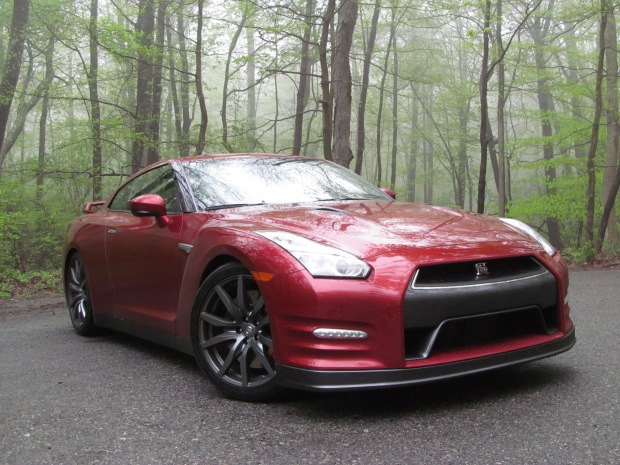 Normally the words “Nissan” and “supercar” don’t belong in the same sentence, but the automotive world is full of surprises.

The Nissan GT-R is widely regarded as one of the world’s most capable performance cars, and one that can routinely embarrass products of more prestigious manufacturers like Porsche.

I recently got the chance to see what all of the fuss is about during a short drive in New York’s Bear Mountain State Park.

When the GT-R arrived in the United States as a 2009 model, it was an anomaly. It was hard to picture a fairly-heavy four-seat coupe that could lap Germany’s infamous Nurburgring faster than a contemporary Porsche 911 Turbo, and earn the nickname “Godzilla.”

That is, unless you were privy to the generations of GT-R that preceded it. Even before it hit U.S. showrooms, the GT-R had a ready-made fan base of people who had “driven” its predecessors in video games like Gran Turismo.

The current R35 generation stepped things up, too. Previous versions were actually hot-rodded Skyline coupes, and went by the proper name Skyline GT-R. However, the R35 is a bespoke design. 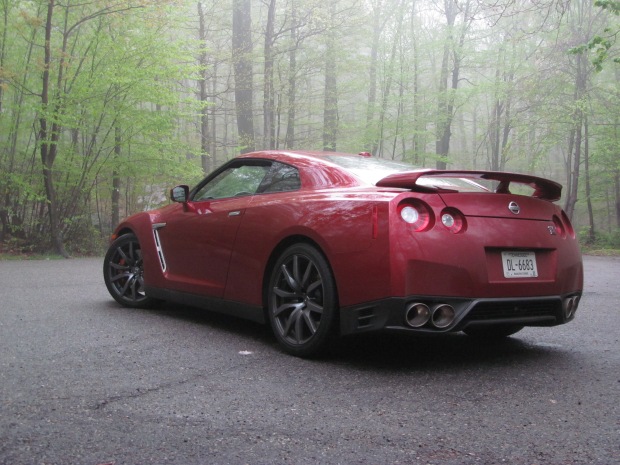 Under the hood is a 3.8-liter, twin turbocharged V6, connected to a six-speed, dual-clutch transaxle and all-wheel drive.

I didn’t get the chance to test that performance during my short drive, which was on a slow road littered with cops. That didn’t mean I wasn’t humbled by the GT-R’s awesome reputation.

Godzilla was remarkably civil in this situation. Aside from the wonderfully-loud exhaust, its supercar nature is ratcheted down in everyday driving. The controls respond with immediacy but aren’t twitchy and, with the adjustable suspension in a less-aggressive setting, the ride is smooth.

In fact, the only real downside is that it seems like a waste to not drive the GT-R fast.

I leaned into the throttle briefly and was rewarded with a ferocious burst of acceleration. Given how docile the car had been up to that point, it was a revelation akin to seeing the machine elves in the walls of reality.

So while the GT-R is perfectly enjoyable to drive at normal speeds, its specialness doesn’t really become apparent until you prod it.

All things considered, that’s not much of a flaw. Helmets aren’t that expensive. 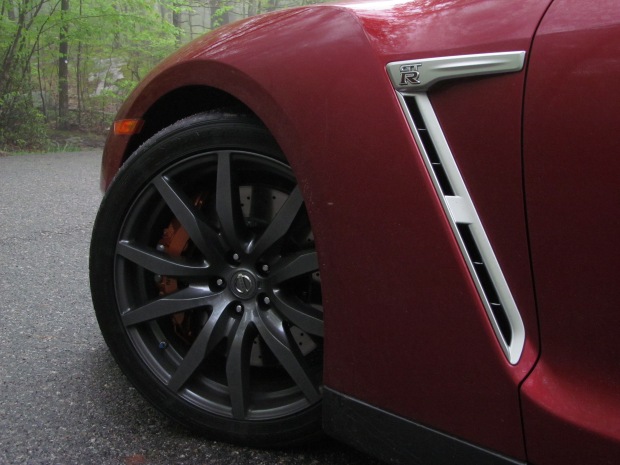 This entry was posted on May 23, 2014, 2:00 pm and is filed under Cars. You can follow any responses to this entry through RSS 2.0. You can leave a response, or trackback from your own site.