Richard Milhous Nixon may have been born too early. While our bejoweled and disgraced 37th president might seem like the prototypical curmudgeon, he could have dominated one of today’s hottest industries. Here are five reasons why Nixon would have been a great tech entrepreneur. 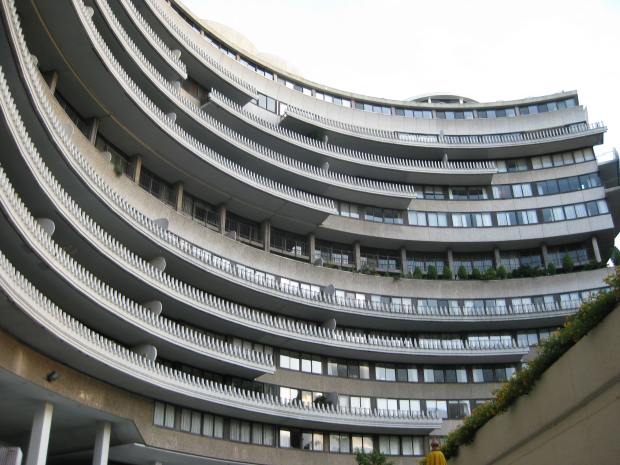 Consumers have grown a love-hate relationship with tech companies like Facebook and Google because of the way they collect and mine users’ data. This would have seen second nature for a man who organized a break-in at the Democratic Party’s headquarters. Imagine what he could have done with the Internet. 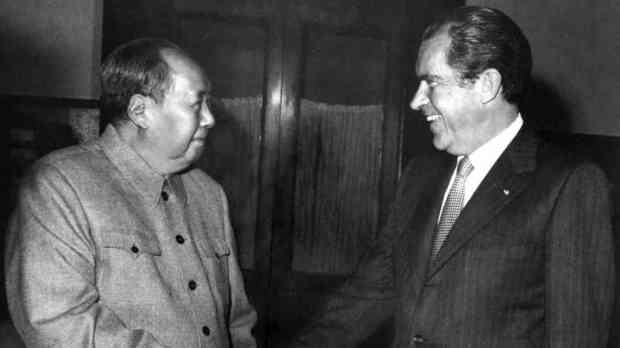 2. He was great at playing competitors off against each other

Nixon was a horrible person, but was also a master statesman. One of his most impressive achievement was playing China and the Soviet Union against each other.

Today, just as during the Cold War, we have a few giants slugging it out for world domination. If Nixon was in charge of one of them, you can bet that he would use his rivals’ competitiveness against them.

3. He was extremely anti-social

Being creepy and unable to relate to other people isn’t a requirement, but Nixon would definitely find kindred spirits in the same industry that spawned Steve Jobs and Mark Zuckerberg.

Companies need to keep their trade secrets, well secret. Whether it’s Google Glass or the next iPhone, keeping information out of the public eye can create a competitive advantage. Nixon would have loved that.

Just as corporations feel they don’t have to tell anything to anyone but their shareholders, Nixon felt he had not obligation to tell Congress, the media, or voters what he was actually doing. Who else would send Henry Kissinger on a secret trip to China, or retain a team of “Plumbers” to take care of information leaks?

5. No matter what he did, people accepted him

Did people stop using Facebook when they found out what the company was doing with their information? Did people stop buying Apple products when Jobs’ abusive nature was revealed? No, which is perfect for Nixon.

Tricky Dick thrived on a similarly understanding public. Never a likable guy, he wormed his way out of a campaign financing scandal with the famous “Checkers Speech,” and despite being a commie-hating conservative, he was able to take advantage of public outrage over the Vietnam War to win the presidency in 1968.

While president, Nixon was able to silence critics by co-opting liberal policies (he created the EPA and Amtrak and supported universal healthcare). Nothing could stop him. Well, almost nothing.

Like today’s tech barons, Nixon didn’t car about being liked, and found ways to make it so that the public didn’t have to like him either. 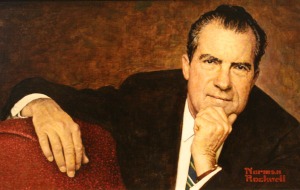 Every political party has members that it is ashamed of. The Democrats have Lyndon Baines Johnson and, to some extent, Jimmy Carter. The Republicans have that incompetent oaf William Howard Taft. However, the GOP’s biggest political bogeyman is Richard Milhous Nixon, and not just for the obvious reasons. Republicans could probably excuse Watergate, but they could never excuse Nixon’s love of big government.

Today’s Republican Party is obsessed with small government, but few presidents have done as much to expand government power as Nixon. Like any power-hungry leader, his foreign policy was a one man show. Nixon made many controversial decisions, such as the Christmas Bombings and the invasion of Cambodia near the end of the Vietnam War, unilaterally. “Tricky Dick” was also pathologically secretive. He sent Henry Kissinger to negotiate secretly with China, a move that would surely be out of line in a party that believes the president shouldn’t even raise taxes.

When President Obama authorized air and cruise missile strikes against Qaddafi loyalists in Libya, the right wing decried his actions. They said Obama was overstepping his authority by authorizing military action without consulting Congress, and accused the President of dragging America into another war. Those are valid points, but Obama didn’t do anything Nixon wouldn’t have done. American troops did not invade Libya, but they did invade Cambodia.

Nixon was also a fan of big government in domestic policy. He may have thought everyone under the age of 30 was a filthy hippie, but he also created the Environmental Protection Agency and approved the Clean Air Act. Most Republicans believe the government should spend less, but Nixon authorized massive agricultural subsides, so you can thank America’s 37th President for all the high-fructose corn syrup in your food.

In a stump speech, Newt Gingrich implied that all African-Americans are lazy, and the conservative backlash against birth control made the Republican Party seem a tad misogynist. In that context, the current frontrunners would be appalled by Nixon’s platform. In 1970, Nixon implemented the Philadelphia plan, the first major federal affirmative action program. While he was not exactly a feminist, he also supported the Equal Rights Amendment.

Clearly, a lot has changed since 1974. Today, Republican candidates are encouraged to take a more absolutist view, saying “yes” to tax cuts, “no” to health care reform, and leaving it at that. Nixon, who ran on a “Southern Strategy” meant to play on whites’ opposition to the Civil Rights movement, but also supported affirmative action, seems much more rational and nuanced than his successors. How could that be?

Many people shudder every time Newt Gingrich talks about the biased liberal media, or when Rick Santorum talks about religion or family values, but they were nothing compared to “Tricky Dick.” This was, after all, a man who kept a list of enemies. Nixon cut his teeth politically in the “Red Scare” days of he 1950s, and thought he could convince North Vietnam to sign a peace treaty by dropping more bombs. There was that whole Watergate thing, too.

The Republican Party of 2012 is very ideological; its members adhere to certain ideas and believe they are non-negotiable. Nixon was the same way, which is what drove him to act unilaterally. He sent Kissinger to meet with Chinese premier Zhou Enlai in secret because he did not want to deal with opposition from Congress and the media.

Nixon could be just as stubborn as any current Republican candidate, but he was also more interested in holding onto power. Anyone in 1968 could tell that supporting peace in Vietnam would garner a significant number of votes, so that’s what Nixon did. In office, he supported liberal policies because he knew it would give him political credibility beyond the Republican base. In other words, Nixon was a real politician.

That level of activity is in stark contrast to the current Republican strategy, where members of Congress stall debates and candidates spend more time talking about what they disagree with than what they actually plan on doing. When Richard Nixon starts looking like a big government liberal in comparison, America is in a very scary place.

Nixon’s abuse of power was a clear demonstration of how badly things can go when a Commander-in-Chief shuts out the voice of opposition. Yet Nixon was able to acknowledge that opposition, at least for his own selfish political reasons. Even that is too much compromise for today’s Republican party.

Why SOPA Will Fail

According to Noam Chomsky, Richard Nixon only made one major mistake. In a 1976 dialogue with Mitsou Ronat, Chomsky analyzed Watergate in the context of other American political upheavals, and concluded that it had nothing to do with democracy. “Nixon was condemned,” Chomsky said “not because he employed reprehensible methods in his political struggles, but because he made a mistake in the choice of adversaries against whom he turned these methods. He attacked people with power.”

The idea that, even in America, the powerful are only held accountable when they attack others with power is pretty cynical, but it seems to be playing out in the debate over SOPA and PIPA.

This debate is pretty unusual, because it is a battle of corporate interests as much as it is one of politics. On the pro-SOPA side are media and entertainment concerns like the Motion Picture Association of America and News Corp., who believe this legislation is needed to protect their intellectual property.

Fighting against SOPA are Internet companies like Google and Facebook, whose sites would be responsible for policing content under SOPA, or risk being shut down. This time, the suits are waving the free speech flag.

That is why SOPA will not become law. The Internet companies have as many resources (possibly more) than their opponents; the sponsors of SOPA severely underestimated them. Last week’s protests show how powerful Google and company really are.

Although both bills had bipartisan support, the backlash was equally bipartisan. Conservatives and liberals alike called SOPA a threat to free speech. President Obama said he would veto SOPA, while conservatives blamed him for it.

When was the last time such a mass demonstration of political will occurred? It’s not like Americans haven’t had big issues to support or challenge in recent years: last fall, during the peak of the Occupy Wall Street protests, the majority of people in a Time poll said they wanted tax increases for the wealthy, but how many of them wrote to their Congressman?

The United States seems to be mired with problems, but no one seems to be doing anything about them. Neither Congress or the American people can muster enough effort to solve problems like joblessness and tax reform, yet the reaction to SOPA was quick and decisive.

Would it have been as quick and decisive without Google directing people to contact their Congressman? SOPA threatens the rights of both corporations and people; luckily for people, the corporations are on their side this time.